SASKATOON —
Cheryl Diane Hutley has been fighting with the federal government for more than 20 years. Her father, her grandmother, great-grandfather and great-great-grandfather all had full status and its accompanying benefits under the Indian Act of 1876.

However, that’s never been the case for Hutley or her siblings. But it’s not for lack of trying.

Hutley, a 64-year-old non-status Mohawk woman, has been fighting since 1999 to have her family heritage and legacy recognized by Indigenous Services Canada (ISC). But twice she’s been denied because of laws, on the books as recently as 2019, that actively blocked certain Indigenous people from obtaining status if their female ancestors married a non-Indian Status person.

“It’s total frustration and it’s just like everything else that happens with the Indians in this country. We’re just put on the bottom shelf,” Hutley told CTVNews.ca in a joint phone interview with her husband, Mark Randle, from their home in Montreal.

“It’s my heritage, it’s my right and my dad was a firm believer in the Indian ways,” said Hutley, who is emotionally exhausted from having to fight for federal status for nearly a third of her life.

Without status, Hutley cannot access on-reserve housing, education and exemptions from federal, provincial and territorial taxes in specific situations. But Hutley stressed her decades-long fight isn’t about any of that, but rather that, “I was born an Indian and I think I should be allowed to honour my heritage.”

Between 1985 and 2019, various amendments have been made to the Indian Act aimed to address cases such as Hutley’s and allow more people to claim inherited status.

And it’s only since 2019 through the passing of S-3 did the federal government say all known sex-based inequities in the Indian Act had been finally addressed.

But Hutley is not taking any chances as she applies for a third — and what she hopes is the final — time, hiring the law firm Dionne Schulze, which specializes in Indigenous law. Last summer, she sent documents, reviewed by her lawyer David Schulze, to ISC.

But it could be up to two years before Hutley finds out if her third try is successful, ISC told CTVNews.ca.

ISC spokesperson Leslie Michelson said she couldn’t speak specifically about Hutley’s case due to privacy concerns, but she acknowledged past discrimination through sex-based inequities during status registration.

“We recognize that there are residual and systemic impacts of these historical sex-based laws, as well as other remaining inequities, that continue to affect registration,” she said in an email to CTVNews.ca. But because of the recent changes to the law, “we encourage anyone who previously had an application denied, but would be eligible, to re-apply.”

But for Hutley, potentially waiting two more years is in line with a process marred with decades of red tape.

Since Hutley’s great-great grandfather John Crawford was born in 1852, her family have been registered with the Mohawks of the Bay of Quinte First Nation in Ontario, just east of Belleville, Ont. Her great-grandfather Herbert Lester Crawford and grandmother Ruby also had status, according to documents provided by the family.

Hutley’s woes regarding her fight for status can be traced back to her late grandmother’s marriage a century ago.

In 1922, at the age of 17, Ruby Crawford married 47-year-old Samuel Morris. And because of the laws on the books, she and any of her future children were stripped of their status. This process was known as “enfranchisement,” and occurred when First Nations women married non-status First Nations men.

But that wasn’t the case when First Nations men married non-status women whose children were eligible for status.

This is one of many ways the law enacted in 1876 discriminated against Indigenous women, and arguably interfered with Indigenous cultures, systems of governance, Nationhood, societies and ways of life, according to resources from the department of First Nations and Indigenous Studies at the University of British Columbia. 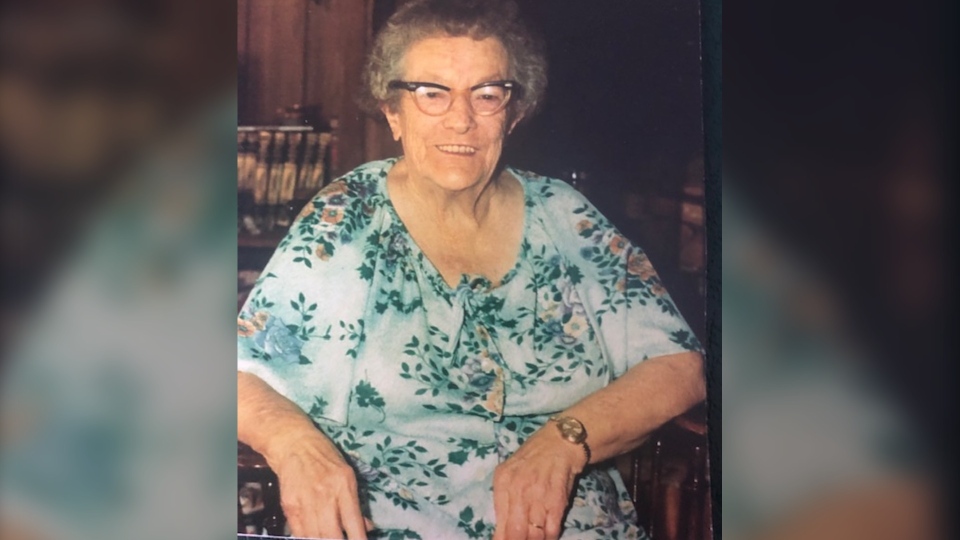 Hutley said, “it just didn’t feel right. Her rights were totally taken away from her and she’d already had a tough life and that was just one more barrier that she had to get over.”

Her grandmother was one of potentially hundreds of thousands of people affected by the practice of enfranchisement, which similarly stripped people of their status if they earned a university degree or if they joined medical or legal professions.

“In most instances, individuals understood that pursuing these objectives would result in the loss of their status,” the ISC spokesperson explained in an email. “In 1985, with the passing of Bill C-31, it was recognized that asking individuals to choose between their Indian Status and these important life milestones was an untenable and unfair choice.”

Under Bill C-31, more than 114,000 people gained or regained their status — thanks largely to the work of female activists such as Mary Two-Axe Earley, Yvonne Bédard, Jeannette Corbiere Lavell and Sandra Lovelace Nicholas, according to The Canadian Encyclopedia.

Soon after that change to the law, Hutley’s grandmother, Ruby Crawford, regained her status. And under the new guidelines, that meant her children, including Hutley’s father, Dawson, could apply for status too. 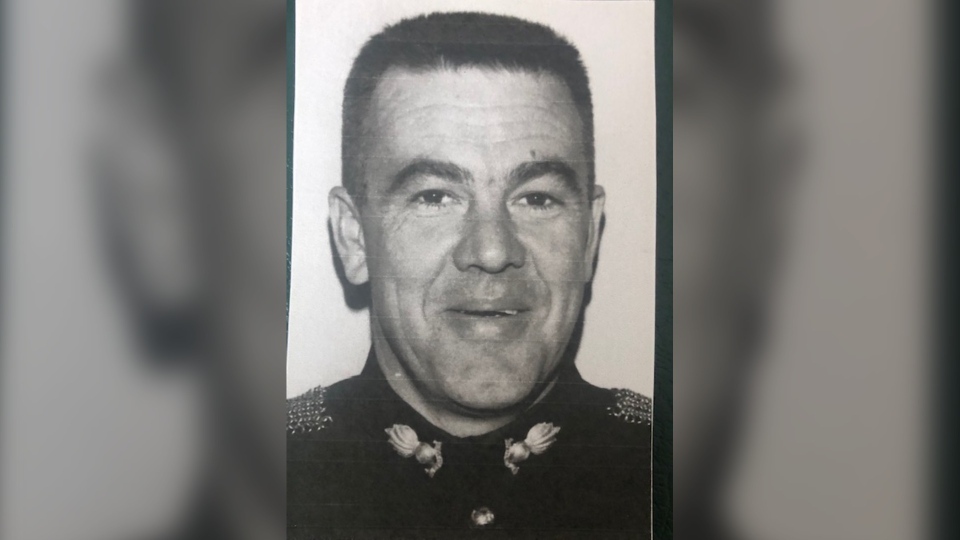 Photo of Cheryl Hutley’s father, Sgt. Dawson Morris, in his 40s, who served in the Royal Canadian Horse Artillery and was stationed in Germany. He served between 1950-1975 before being honourably discharged and going on to work in the federal prison system until he retired. (Courtesy of Cheryl Hutley)

Dawson, who served in the Royal Canadian Horse Artillery in Germany, applied in 1991, and registered with the Mohawks of the Bay of Quinte, according to documents provided by the family. His sisters followed suit in the early 1990s.

Despite the changes to the law allowing some to regain or earn status, that right wouldn’t be available to Hutley and tens of thousands of others for decades.

From 1985 onward, cases were regularly brought through Canada’s court systems which showed people were still being denied status they were entitled to. For example, an Indigenous woman who regained status after Bill C-31, wasn’t able to pass those rights to her descendants in the same way a man could.

A man would be able to pass on his status and full rights to both his children well as his grandchildren – but a woman with status could only pass down some rights to her children but they in turn, wouldn’t be able to do the same to their offspring.

This and other sex-based inequities in the law would still be in place in Sept. 1999, when Hutley first applied for status. 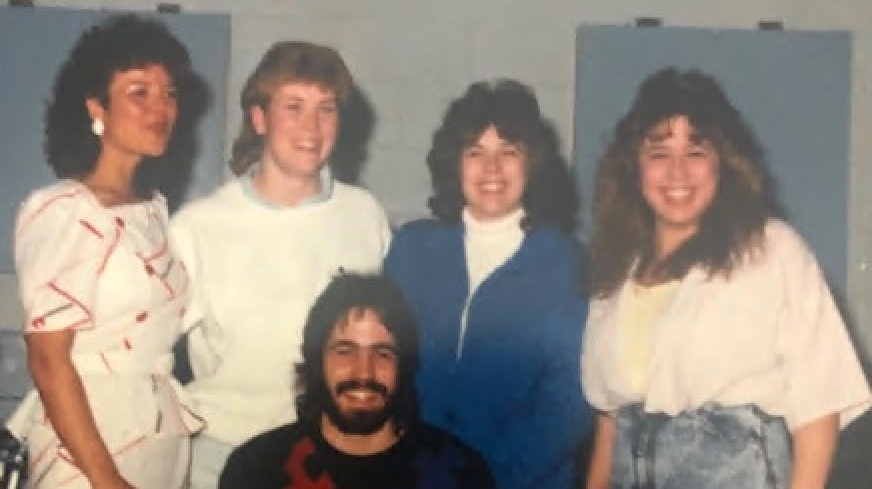 That year, Hutley and her sister submitted their applications for full status through ISC but were declined early the following year. According to the rejection letter sent by ISC, Hutley’s application was denied because her non-Indigenous mother wasn’t a status member.

Hutley, who was living in Alberta at the time, was devastated.

But in a strange twist, shortly afterwards, Hutley said she received a phone call from an ISC agent, who she says advised her to apply for Métis status with her local Métis Nation of Alberta, which has control over its own membership and isn’t governed by ISC. Obtaining that status wouldn’t hinder or help her in future applications to obtain status.

Last week, when CTVNews.ca asked ISC spokesperson Leslie Michelson whether this was common or accepted practice at the time, she only noted that Métis and Inuit membership is defined by, and administered by, self-governing bodies for each group. She also noted that there are no federal provisions for registration or status of Métis or Inuit under the Indian Act.

Hutley felt dejected and that ISC was trying to give her some sort of “consolation prize.”

She says she followed the agent’s advice at the time and successfully applied for membership in the Métis Nation of Alberta, but confusion arising from her current Metis status and her First Nations family heritage continues to cause issues for her personally surrounding her identity.

Thousands of other rejections in status applications eventually led to legal cases and, in turn, drove several amendments to the 1985 law being passed over the years, including Bill C-3 in 2011, which addressed some sex-based inequities. But cases related to decades-old sex-based discrimination, like Hutley’s, fell into the cracks and weren’t covered.

In 2015, Hutley’s second status application was rejected again of issues related to her grandmother losing her status decades prior. Her lawyer David Schulze explained the law simply hadn’t addressed everyone including his client.

After another amendment in 2017, Bill S-3, which came into full force in 2019, the federal government declared that all known sex-based inequities in the Indian Act had been addressed.

That pledge inspired Hutley to apply for a third time in the summer of 2020. Based on the law as it stands now, her lawyer told CTVNews.ca in a phone interview that her application is “a simple case.”

Hutley’s lawyer David Schulze is confident that, under the current laws, her application will be successful this time round. But only when her case is heard, and that could take a while.

“[ISC is] not set up for the consequence of these court judgments and statutory amendments that have given thousands of people a new right to status. So everyone just has to take a number and wait in line.”

ISC spokesperson told CTVNews.ca it would be launching a “broad engagement strategy in the coming months to promote the changes introduced by Bill S-3 and encourage affected individuals and their descendants to apply.”

A spokesperson said people could be waiting between six months to up to two years to find out if their application has been approved or rejected.

The ISC spokesperson added that, although obtaining status isn’t the “sole marker of being Indigenous,” she acknowledged “for many people, registration under the Indian Act for can be an important component of understanding their identity and heritage.”

“While we cannot address individual situations through the media, we would like to assure Ms. Hutley, and others like her, that we do understand that Indigenous identity is complex, deeply personal and an essential element of the self.”

Hutley is optimistic, but regrets that her father won’t be around to see how it turns out.

“If we get this recognition, it would be amazing because we’ve worked so hard to get there and I know Dad would feel the same.”

‘They had no pity’: New documentary chronicles traumatizing life at residential schools

Line 5 ‘very different’ from Keystone XL and Canada will fight hard for it: O’Regan