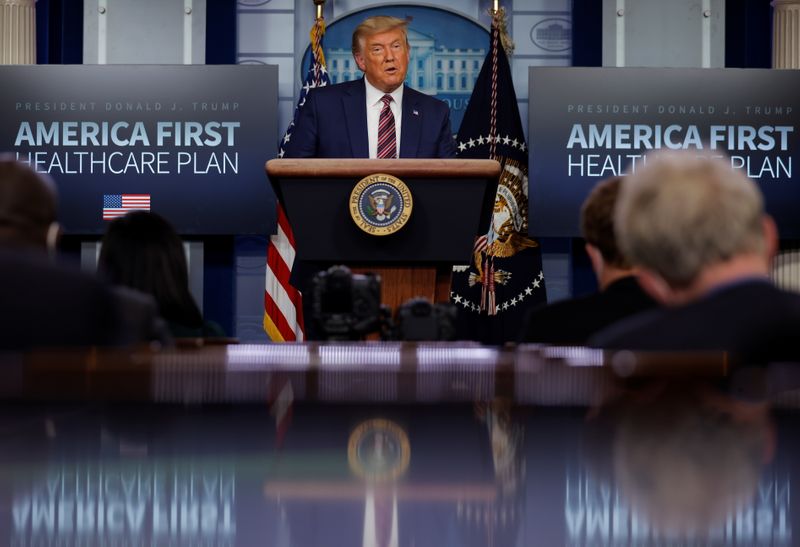 Wall Street analysts said there was little chance the new rules would be put into place, in part because they expect legal challenges by pharmaceutical and pharmacy benefit manager trade organizations. The incoming Biden administration is unlikely to take up the rules, they said.

The Biotechnology Innovation Organization, which represents biotech companies, said a Trump rule indexing U.S. prices to foreign drug prices was politically motivated because a coronavirus vaccine was not announced before the Nov. 3 election as the president had promised it would be.

“This is being done as retribution against America’s researchers because they refused to put the president’s political interests ahead of science and patient safety in their efforts to develop a vaccine for COVID-19,” BIO said.

The second rule would compel pharmacy benefit managers to pass after-market rebates on to Medicare recipients as point-of-sale discounts.

The Trump administration has discussed these and other policy changes to lower drug prices over the past four years but has not made substantive progress.

PhRMA, a trade group for pharmaceutical companies, called the rules “a reckless attack on the companies working around the clock to end this pandemic” and said it was looking at options to block them.

The group said in a statement that the rule, which had been proposed and then left to languish by the administration last year after the Congressional Budget Office said it would cost taxpayers $177 billion, circumvents the regular rule-making process.